The night sky and its heavenly objects have been sources of surreal wonderment and creative inspiration for a lot of people, especially artists, songwriters and poets since long time ago. The beauty of the sky above us is truly powerful enough to inspire our imaginations and bend our emotions.

People from different cultures have several ways of expressing their admiration of the heavens. Some paint, some take images using cameras and others write stories and poems.

In the astronomy community, organizations such as the Astronomers Without Borders have already taken the initiative to collect literary contributions pertaining to the night sky. Just recently, a project called the Astropoetry Blog was set up by AWB during the celebration of the Global Astronomy Month (GAM) to serve as a repository of astropoems relating to GAM 2011 programs

Anyway, a nice poem here about our very own Sun was shared by its talented poet, Harley White who has already written a lot of good literary works. Harley sent me an email and allowed me to post her very well-written poem through this blog. Thank you, Harley! 🙂 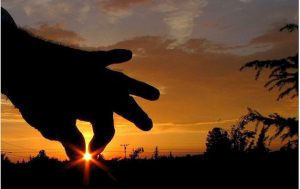 Twinkle the stars in night’s display—
Sun’s shining rays light up the day…
and yet, if futures vast we may
divine, white dwarf with diamond core
(that crystallized in ages yore)
will pulsate like a cosmic gong
its tintinnabulary song
(no longer sunbeams to bestow)
in seven billion years or so…;

then Sol might twinkle for the eyes
of distant poets far more wise,
beyond our cares— whoever dares
(if dreamers dwell in heres and theres,
whate’er whene’er where’er they are)
to seek and find our once bright star
(that like us also flames and dies)—
those with the loupe to look with sighs
for long lost Lucys in the skies…

According to the author, the article that inspired this writing was this: “Diamond star thrills astronomers“.

Visit Harley White’s website to see her other written works.

I hope more people would be inspired to write their own astronomy poems as well. To the stars! 🙂

*image above was taken from http://www.inspirationline.com

This entry was posted on November 7, 2011 by cosmicwanderer05. It was filed under Space Art and was tagged with astronomy and art, astronomy poems, astropoems, diamond in the sky, harley white.