Today I had a nice opportunity  to spot the “Lunar X” on the First Quarter Moon! The Lunar “X” is a well-known “optical feature” on the Moon, which resembles the letter “X” when the lunar terminator is along just the right lunar longitude. The intersecting crater walls of Purbach, La Caille and Blanchinus make the illusion “X” that is only visible for a short time.

Based on my observations during the past few months, it is possible to see the Lunar X when the moon is nearly 54% illuminated.This is why you cannot see it every month. In fact, the last time I was able to image it was during October 2012.

By the way,  I refer to Stellarium, a free planetarium software, to determine the lunar phase and illumination  during a particular date and time for my location. Note that the values given by Stellarium may not be very exact, but they are still very useful as guides for amateur astronomers. 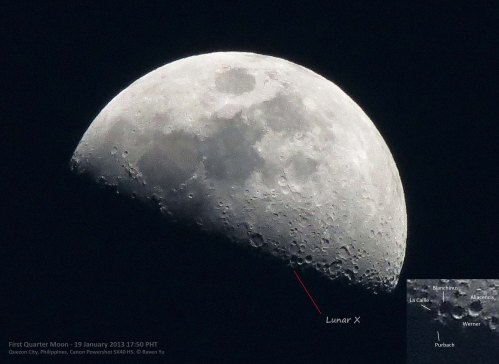 My first image of the Lunar X: 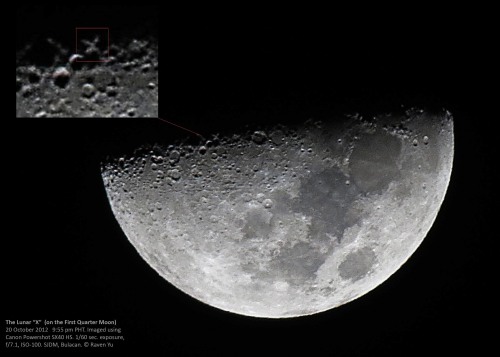