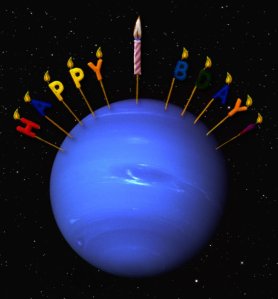 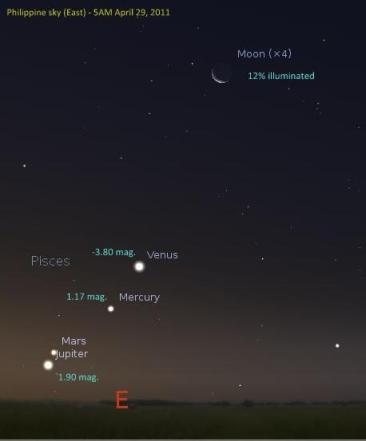 For Philippine sky gazers, the planets Venus and Neptune will make their greatest appearance for this year on the evening of August 20 😀

The brightest planet in the solar system, Venus  will appear especially prominent because it will climb to its highest point in the evening sky upon reaching its greatest elongation. It will lie 47° from the Sun, its maximum distance for this appearance.

Also on this night, the planet Mars will lie just 2° above Venus. (That’s approximately the width of one finger when held at arm’s length.) Using binoculars will help bring it to view because it glows less than 1 percent as Venus. The planet Saturn lurks approximately 10° to Venus’ right and the star Spica in the constellation Virgo sits 10° to Venus’ left. Both shine a little brighter than Mars but fall far short of dazzling Venus.

Although naked eyes and binoculars offer the best views of the evening scene, anyone with a small telescope will get a thrill from targeting Venus. At greatest elongation, Venus looks like a miniature version of a First Quarter Moon, with one half in sunlight and the other in darkness.

On the other hand, the planet Neptune will be in opposition (opposite the sun in the sky and closest to Earth) and will be highest in the sky at local midnight. This opposition is special because Neptune will be returning close to the spot where it was discovered in 1846, marking its first complete trip around the sun since its discovery.

To find Neptune,  look for the large but faint triangle of Capricornus, to the left of Sagittarius and the Milky Way around 1 a.m. this week. The two stars at the left end of the triangle point the way to Neptune, just a little bit short of and above the star Iota in the neighboring constellation Aquarius.

In a small telescope or even binoculars, Neptune will look just like a star; what gives it away is its distinctive blue-green color.