Last 13 January 2011, an International Space Station (ISS)  Solar Transit event visible in some parts of Metro Manila occurred at around 8:30 am PHT (Philippine Time). The relative rarity of  ISS Solar and Lunar Transits here in the Philippines plus the fact that I were fortunate enough to be very near the path of visibility of this transit inspired me a lot not to miss this event. 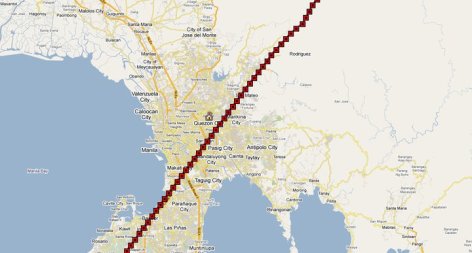 Along with my UP AstroSoc orgmates and some fellow amateur astronomers from RTU AstroSoc and from the  Philippine Astronomical Society (PAS), we set up our equipment to observe this passage of the ISS in front of the Sun’s disk at the Manila Observatory in Quezon City, Philippines. 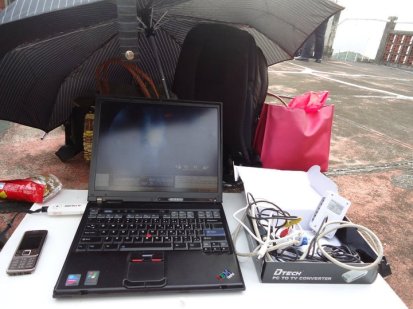 Beemi, our "command center", under an umbrella 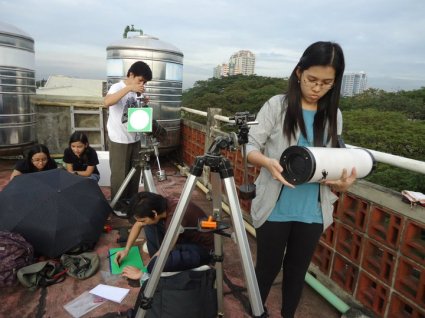 Setting up our equipment and preparing the Baader solar filters 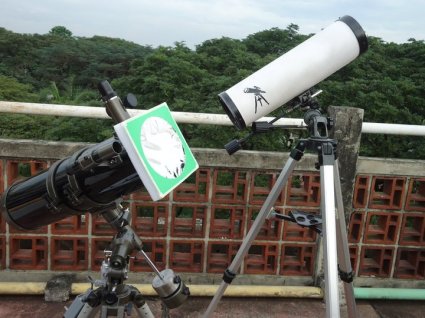 I already have some experience in observing solar eclipses but this was my first time to try timing and capturing a solar transit. Unlike eclipses, ISS transits are more challenging to observe because they happen too fast. To give you an idea of how fast these events occur, here is a video clip which I got from Youtube showing the ISS transiting in front of the Sun’s disk. It was captured by students of the Westfalenkolleg Dortmund on August 7, 2010 at 17:31 pm.

The transit above lasted for 1.06 seconds. The one we were to observe will have a duration of about 0.91 seconds — too swift to be captured using cameras so we opted to record a video of it instead.

Following are the transit details including the timings. The data was obtained by our UP AstroSoc orgmate and team leader, Anthony Urbano from www.calsky.com.  All times are in PST (Philippine Standard Time) or UT+8.

In clock-face concept, the space station will appear to move toward: 8:58

And by the way,  Anthony Urbano or Kuya Eteny, as we fondly call him, is a gadget master. 😀 He has invented a lot of devices like a universal camera adapter that allows any point-and-shoot camera (and even SLRs) to be attached to any optical system (binoculars, telescope, microscope, etc.). He even brought one of his camera adapters during this observation to attach the video camera to his 6″ Newtonian Reflector Telescope. Moreover, he has also modified some gadgets  like DSLRs to be more useful in astronomical observations and astrophotography. This guy is truly remarkable for possessing such great talent! 🙂 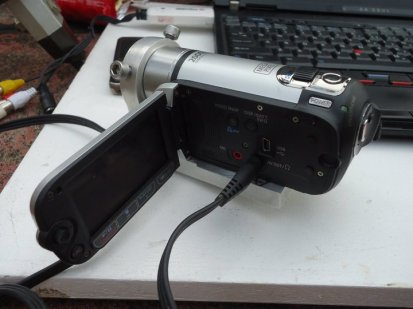 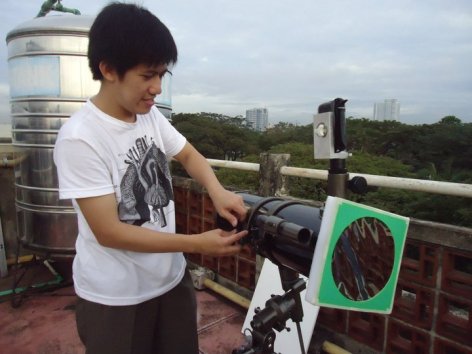 An hour before the ingress, the sky around our location was partly covered in clouds. The sky condition got even worse as the predicted time approached. We waited for several more minutes, just in case the clouds clear up and the actual time of transit is later than predicted. In the end, we didn’t see any trace of the ISS due to thick cloud cover. We packed up and left at around 9:30 am.

Though we were not able to accomplish our goal of recording this transit event, the experience is always worth it.  😀 Thanks to Kuya Eteny for informing us about this event and inviting us to observe with him.

Update: Another group of fellow Filipino amateur astronomers from the Astronomical League of the Philippines (ALP) were lucky enough to observe and take images of the ISS transiting the Sun. Their observation report and images can be found here.