When I look into the night sky on a clear evening I am always completely in awe of the immense beauty of it all. That is why before leaving the house last night, I thought of getting an image of the first quarter moon that seemed to smile at me in the western sky. 🙂

Paschal Full Moon and the Astronomy of Easter

Didn’t know that one image of mine got featured in Universe Today last October 12. 😀 Click here to view the article.

My image, “Moon-Mars Conjunction Over the Light-Polluted City” was chosen as Amateur Astronomy Picture of the Day (AAPOD) last November 22, 2011. Click on this link to view the image.

Sunset View from the Gonzales Hall 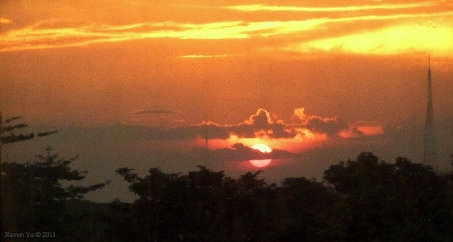 A view of the majestic sunset last October 6, 2011  taken from a windowpane on the 3rd Floor of the Gonzales Hall in UP Diliman. 🙂 I particularly love the crimson-colored sky during this time. Fortunately, I had the camera with me that time and was able to take this image even without a sturdy tripod.

Despite the 50% chance of a thunderstorm and a full moon, I and my UP AstroSoc friends braved our way to Bataan last August to observe this year’s Perseid Meteor Shower during its peak event. 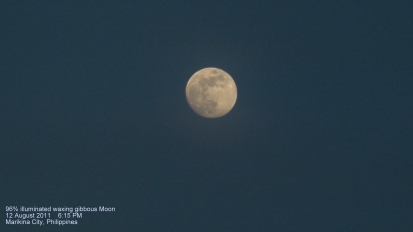 We stayed at Stella Maris Beach Resort in Bagac to observe overnight. 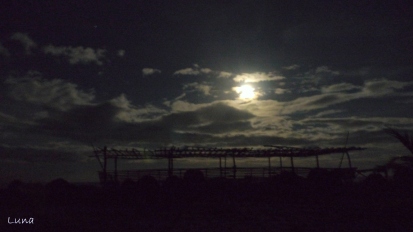 The Moon by the beach.

The sky was totally overcast when we came. Nevertheless, we were fortunate that the Full Moon was already low in the west when the eastern sky cleared up around 3:00 to 5:00 AM just in time for the Perseids. 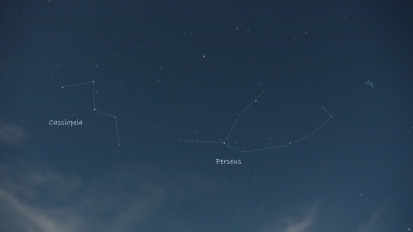 Cassiopeia and Perseus. The radiant of the Perseid Meteor Shower can be found at the region in between these two.

Pleiades, Hyades, and Orion. A few meteors were seen passing by this region

We were able to spot a few fireballs zooming across the region near Perseus and around the Winter Hexagon. The highest meteor count that we had was 23.

We also got to observe Jupiter (with its Galilean Moons!) and the planet Mars though a friend’s Dobsonian telescope which we fondly call Lulin. 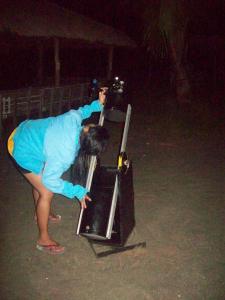 Here are some images of Jupiter taken through afocal method: 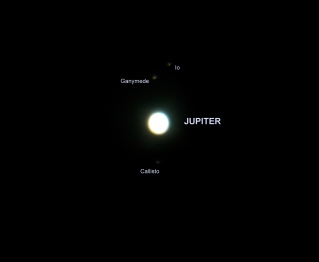 Jupiter and its Galilean moons 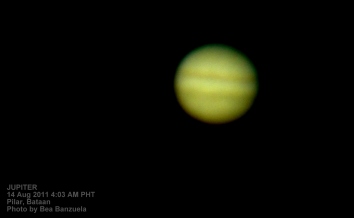 A closer look at Jupiter

We finished our Perseid viewing at dawn and left the place a couple of hours after to tour around Bataan. Some of the places we visited were the Bagac Friendship Tower, Dunsulan Falls in Pilar, and the Dambana ng Kagitingan (Shrine of Valor)  at the summit of Mt. Samat.

The beach resort were we stayed at. 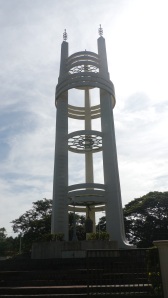 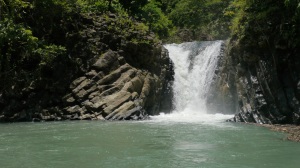 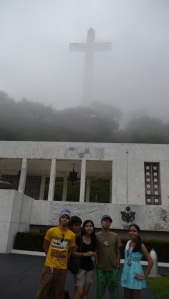 Dambana ng Kagitingan and the Memorial Cross on top of Mt. Samat

Mount Samat was the site of the most vicious battle against the Japanese Imperial Army in 1942 during the Battle of Bataan. The shrine there was built as a symbol of courage and gallantry to all Filipino soldiers who shed their blood in defending our beloved country to foreign invaders. I felt honored to have been able to visit this place and pay respect to my fellow Filipinos who died during the war.

Going at the top of Mount Samat was the best experience ever!  It felt like I can almost touch the clouds with my two bare hands when I was up there. I also love the cool gentle breeze and the nice view (you can see the whole town of Bataan and the Manila Bay from there). My friends and I were very excited as we climbed up the stairs going up the cross. It was a bit tiring though.

Overall, I consider this trip as one of the most memorable trips I ever had. 🙂 Aside from successfully catching the Perseids despite of the bad weather, we were also blessed with a great opportunity to visit some of the historical places in the country and experience nature at its finest. It was truly a sweet escape!

Thanks to Elaine, Kiel, Bea, Josh, Saeed, Ron and Pinyong for being with me in this endeavor. 🙂

*All images above courtesy of Bea Banzuela

My image ‘Eclipsed Moon and Anticrepuscular Rays‘ that I took during the Total Lunar Eclipse last June 2011 got featured in Earth Science Picture of the Day (EPOD).

EPOD is a service of NASA’s Earth Science Division and the EOS Project Science Office (at Goddard Space Flight Center) and the Universities Space Research Association. It collects and archives photos, imagery, graphics, and artwork with short explanatory captions and links exemplifying features within the Earth system.

My image could also be found in Astronomy.com’s Online Reader Gallery.

Last May, my Lunar Montage received an Honorable Mention in the Astrocreative category of the First MicroObservatory Astrophotography Contest.

My certificate and prizes from the Harvard-Smithsonian Center for Astrophysics

Instead of using my pen name, I used my real name with my entry submission 🙂

This contest was held in honor of Global Astronomy Month 2011 last April. Participants used the Observing With NASA portal and MicroObservatoryImage software to create RGB Composite images and Astrocreative images.

MicroObservatory is a network of automated telescopes that anyone can control over the Internet.

Using many of the same technologies that NASA uses to capture astronomical images by controlling telescopes in space, amateur astronomers world-wide can control a sophisticated ground-based telescope from the convenience of any computer. The MicroObservatory remote observing network is composed of several 3-foot-tall reflecting telescopes, each of which has a 6-inch mirror to capture the light from distant objects in space. Instead of an eyepiece, the MicroObservatory telescopes focus the collected light onto a CCD detector (an electronic chip like that in a digital camera) that records the image as a picture file with 650 x 500 pixels.

With these robotic telescopes, people can take images of the Moon, Sun, nearby planets and some deep-sky objects even without having a telescope! 🙂 Cool, isn’t it?

I’ve been using MicroObservatory for over a year now and I have already taken and processed several images using it. Below are some of them:

Congratulations to all the winners of the contest and thank you, MicroObservatory! 🙂

Moon-Jupiter Conjunction Over the UP Sunken Garden

I was walking past  the Diliman Sunken Garden with someone last October 14 when I caught a glimpse of the Waning Gibbous Moon (94.6% full) close to bright Jupiter. Thank God that after several days of continuous rains, the skies have finally cleared that evening 🙂

Moon, Jupiter and a passing airplane

These two objects which both dominate the night sky this month were just less than 15 degrees apart.

I was lucky to have been able to take a few images of this nice celestial conjunction since I always bring the camera with me. It was a bit challenging though, because I didn’t have my sturdy tripod during then to stabilize and elevate the camera.

The streak of light above Jupiter was just a passing airplane which happened to be included in the frame when I was doing the shot. 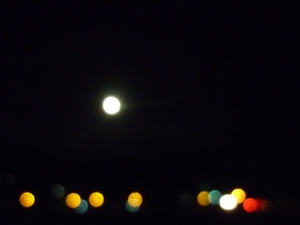 Special thanks to that someone who kept me company while I was taking photos that evening at the middle of the Sunken Garden. 😉

Sagittarius (plus a faint apparition of the Milky Way?) over our local suburb. Click on image to enlarge.

As summer time has already ended, the constellation Sagittarius, along with the other Summer constellations sets earlier during the month of October.

Sagittarius is believed to have originated with the Babylonians. He was their god of War, and he stands with his bow aimed at the heart of Scorpius, the scorpion. Like Centaurus, he is a half man, half beast creature.

Earlier this evening, I took the chance to take an image of the “Teapot” before it disappears in the night sky. I was also planning to image Scorpius but it was already too low in the south west. As I looked at the image more closely, I began to noticed something interesting. On the right (just above its lid), there is a faint cloud-like patch that resembles the Milky Way. I got surprised. 🙂

Could it be really possible to see a faint apparition of the Milky Way in this light-polluted suburb?