There have been rumors circulating that cosmic rays from Mars are entering Earth tonight so we need to switch off our phones, or put them away from us.

Tonight 12:30 am to 3:30 am cosmo rays entering earth from mars. So switch off your mobile at night. Don’t keep your cell with you & put it away while you are sleeping because they are too much dangerous rays: NASA informs BBC NEWS. Pls spread this news.

The message above is clearly nothing more than just another HOAX. I don’t know why people are circulating panic messages such as this to disturb the lives of other people. From what I have noticed, this message has been circulating since 2008 and it suddenly reappeared today, 6 April 2012. I also received text messages containing this false information and saw similar Facebook posts.

I did my own research and I have found no credible reports that confirm the claims in the warning message. There are no references to such a threat listed on credible scientific websites. I also checked the NASA and BBC news today to see if they have posted something like this. Fortunately, both have never said such a thing and will never probably produce a similar baseless statement.

Despite the claim in the message, there are several reasons to say that this information is untrue.

First, Mars could not emit harmful radiation because it is not a star. Cosmic rays are emitted by stars. i.e bodies that are undergoing nuclear reactions that is fusion (as occurs in our sun) or fission (as occurs in nuclear reactors). Mars is neither. It is a planet that just reflects sunlight. It cannot emit cosmic radiation.

Next, with regards to these rays the earth’s atmosphere is capable of taking care of them so no need to worry. The magnetosphere absorbs and protects us from the sun’s harmful radiation. Whatever remains is too feeble to affect any thing as far as earth.

The Earth’s magnetosphere prevents most of the particles from the Sun, carried in the solar wind, from hitting the Earth. Image credit: milesmathis.com

Another thing is that we are actually hit by cosmic rays every day — all day (and night too). If it was going to hurt your cell, then it would have already fried it by now.

Sometimes magnetic storms on the sun will fry the electronics of satellites in orbit, and may also blow out the power grid in high latitudes near the Earth’s magnetic poles, but other than static, I don’t see what it might do to your cell phones.

So, to anyone who will receive this kind of message, please think it over and help educate others. 🙂 Spreading dubious and unsubstantiated warnings such as this is counterproductive and is unlikely to help anyone.

Learn more about cosmic rays from this NASA website.

Are you tired of figuring out what’s real or not? Are you fed up with scientific hoaxes on Hollywood’s visions of warp speed and faster-than-light travel? Then,this is your chance to know what’s real and what’s not.

The UP Astronomical Society invites you to its Alternative Classroom Learning Experience (ACLE) for this year: 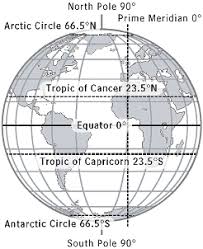